FREE UK delivery on orders over £45

What is MCT oil?

What is MCT oil and how do you use it?

You may have heard other people talking about MCT oil as a fat-burning, metabolism-boosting superfood. It is fast becoming a staple in the KETO diet. But what is MCT oil, what are the health benefits, how can you use MCT oil, and how can you can add it to your diet?

What is MCT oil used for?

MCTs are more easily digested than other types of fat that we eat and can therefore be beneficial for people with gastrointestinal disorders that affect the body’s ability to absorb dietary fat, such as celiac disease, cystic fibrosis, irritable bowel disease including Crohn’s disease, pancreatitis, short bowel syndrome, celiac disease or after certain gastrointestinal surgeries. This is because they do not require bile or pancreatic enzymes to be digested and they are transported straight to the liver to be used as an immediate source of energy. Long-chain fatty acids, on the other hand, have to go through several other digestive steps and are transported around the body before getting brought to the liver. When MCT oil is used alongside a keto diet it may help to treat and reduce seizures in people with epilepsy.

Some studies have suggested that MCT oil is associated with an improved Alzheimer’s symptoms, decreased cholesterol levels, a lower risk of cardiovascular disease and lower levels of insulin resistance. However, more research needs to be carried out and there isn’t enough evidence yet to recommend MCT oil for these conditions.

MCT oil is gaining in popularity largely thanks to bulletproof coffee, which is a mix of brewed coffee blended with grass-fed butter and MCT oil. The popularity of bulletproof coffee and the KETO diet has helped promote MCT’s benefits. There has been a lot of research for MCT’s use as in weight-loss. Studies suggest that they may help us burn more calories and feel fuller quicker. Which results in us eating less. MCT oil powder is popular with athletes as it is said to increase energy and boost athletic performance.

Just don’t have too much in one go or it can cause discomfort, cramping, gas, and bloating.

MCT powder is literally a powdered form of MCT oil. Which is considered a more versatile option than MCT oil, especially when it comes to adding MCTs to a hot drink such as coffee. It can be easily mixed with other supplements such as collagen powder. It adds a rich texture to smoothies, coffee, and baked goods. 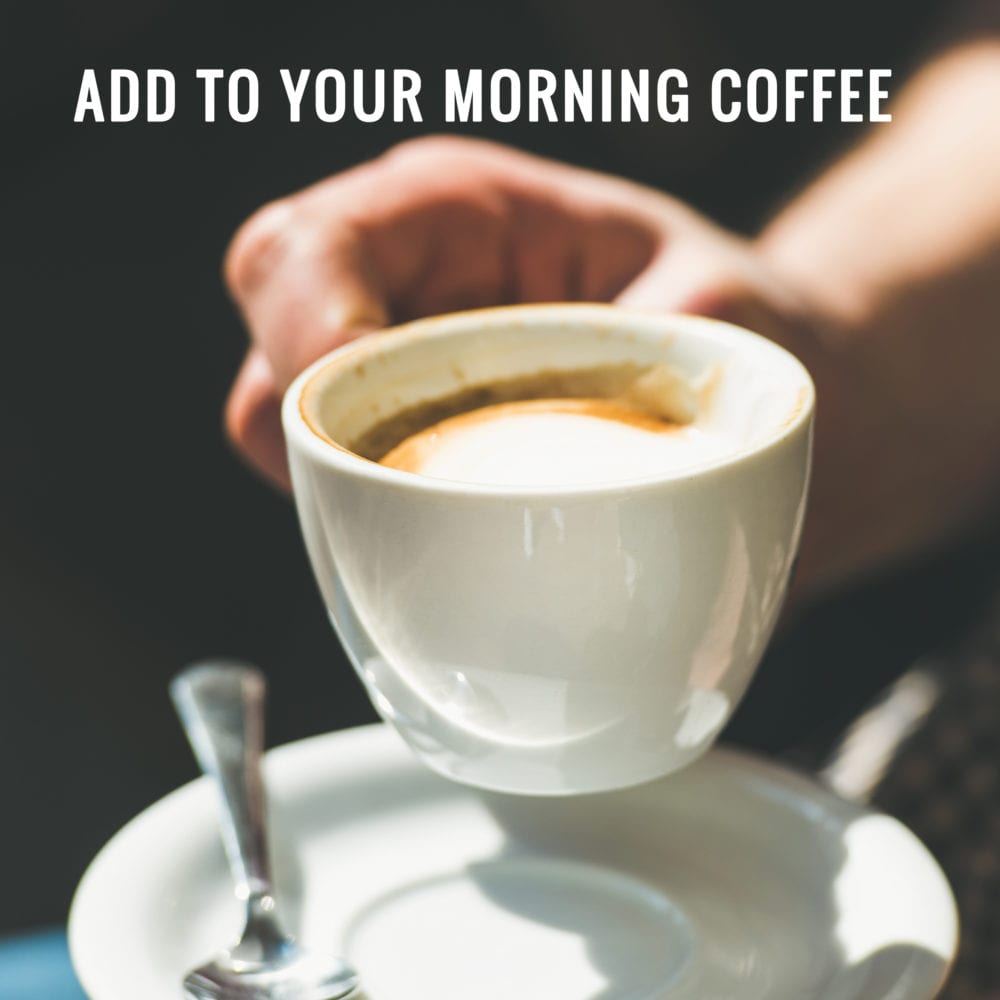 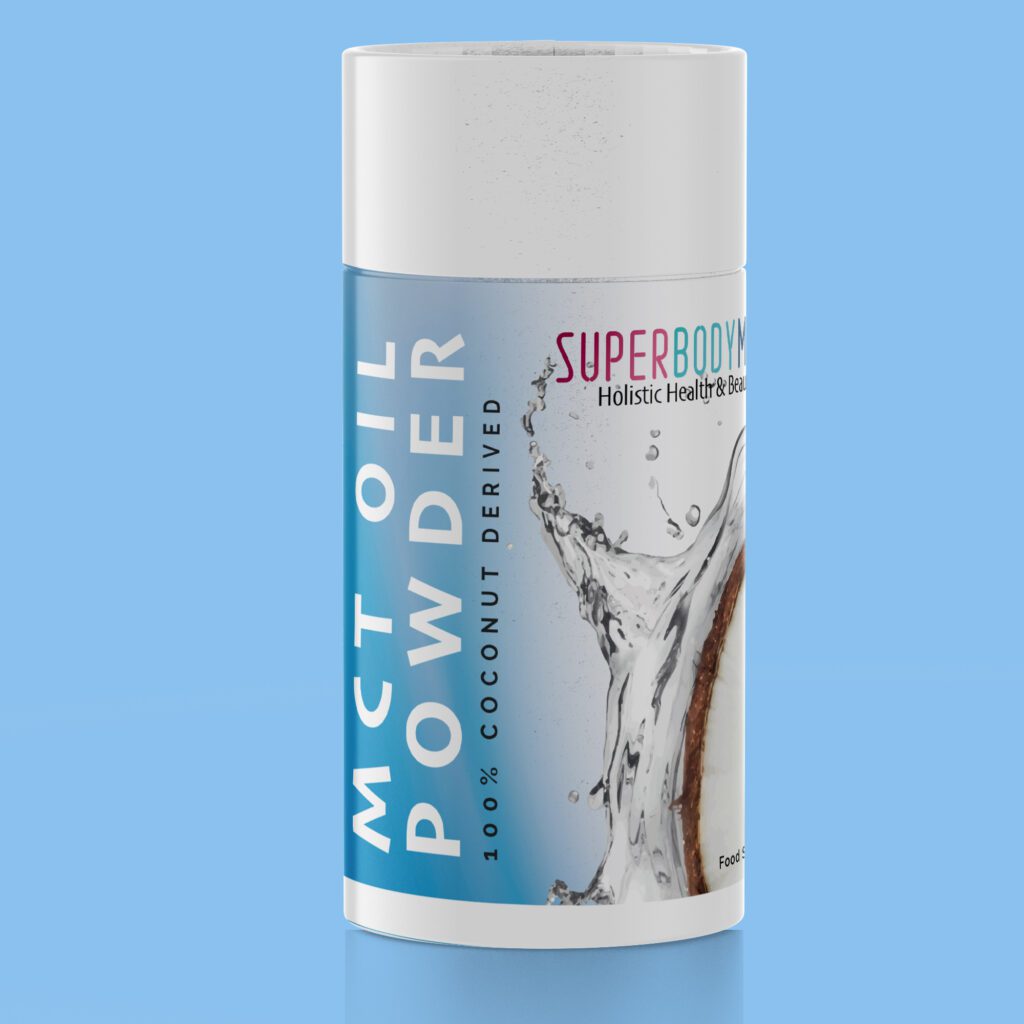 MCT Powder vs. MCT Oil: Which One Should You Choose?

Some people say they are able to consume more MCTs via the powder form and not experience the digestive distress that can occur when you take too much MCT oil.

MCT oil powder it’s a convenient way to add some healthy fats to your diet. Make sure, your MCT powder doesn’t contain starches and other additives you don’t need and check the ingredients list before you buy. Stick to pure, high-quality MCT supplements you can trust.

Disclaimer: The content on this website is for informational and educational purposes only. It is not intended to provide medical advice or to take the place of medical advice or treatment from a personal physician. All readers/viewers of this content are advised to consult their doctors or qualified health professionals regarding specific health questions. Super Body Mind® takes no responsibility for the possible health consequences of any person or persons reading or following the information in this educational content. Any products advertised or sold on this website are not intended to treat, diagnose, cure, or replace medical or specialist advice. If you are currently taking a prescription medication and intend to also take nutritional or herbal supplements, you must first consult with your GP or specialist health practitioner for advice. We have tried to ensure that the information provided on this website is accurate. However, we do not warrant or make any representations concerning the accuracy, likely results, or reliability of the use of the information on this website or otherwise relating to such materials or on any sites linked to this site.

We are using cookies to give you the best experience on our website. You can find out more about which cookies we are using or switch them off in settings.

This website uses cookies so that we can provide you with the best user experience possible. Cookie information is stored in your browser and performs functions such as recognising you when you return to our website and helping our team to understand which sections of the website you find most interesting and useful.

Strictly Necessary Cookie should be enabled at all times so that we can save your preferences for cookie settings.

If you disable this cookie, we will not be able to save your preferences. This means that every time you visit this website you will need to enable or disable cookies again.